What Nature Meant Me to Be 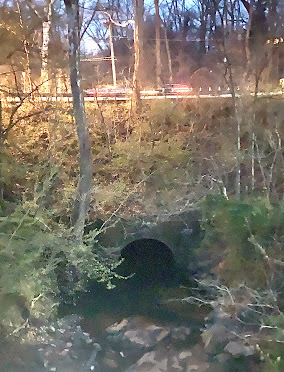 LONG WALKS ON THE BEACH ARE NOT MY THING. It’s not the walking, it’s the beach (I don’t like sand). When it comes to taking a walk, I’m a zealot. In fact, I composed the opening to this diatribe while walking along a path near Eden Glen*, Maryland. I was taking a stroll to kill time while my daughter was in dance class, where she moves her legs and feet for 90 minutes, but never goes more than 20 feet in any direction. I wanted to go as far as I could, or at least as far as I could in the time available.

I had walked this path before, but never alone and at this time of night. I usually walk it on Sunday afternoons with my wife and our dog. It’s a bright and wholesome affair. Tonight was different. The sun had gone down and the sky was overcast. Lightning flashed on the horizon and although the atmosphere was calm, you could tell it wasn’t going to stay that way.

It was in these conditions that I was walking, alone, with no destination, in a neighborhood where no one knew or could vouch for me. This was potentially problematic. As Tom Hodgkinson points out in How To Be Idle, a man or woman (but mostly a man) walking alone with no particular place to go is suspect and likely up to something, especially during normal business hours when he is supposed to be working.

By conspicuously wandering in this way, for its own sake, without purpose, you become a figure of suspicion in fast-moving cities .... The act of ambling is an act of revolt. It is a statement against bourgeois values, against goal-centered living, busy-ness, bustle, toil and trouble. For the creative spirit, the act of walking harmonizes work and play.

Admittedly, this wasn’t a problem tonight. I started on the path around 8 o’clock, well past the end of the average work day, and I encountered only two people. The first was a guy jogging with a dog that looked as happy to be out of the house as I was. The guy said, “Hey” when we passed, and I responded in kind. The second was a woman wearing a reflective vest and a hat pulled low over her eyes. We did not exchange pleasantries and although I got the feeling she may have thought I was up to something, I didn’t care. I was enjoying myself too much. After sitting in front of a computer screen all day, it felt good to walk. And why wouldn’t it? Walking is part of what makes us who we are.

“Our ancestors started on the path to becoming human when they began walking on two legs,” states the Australian Museum’s web page on bipedalism.

Scientists are largely in agreement about when our humanoid ancestors chose two legs over four, but why the went with two is still the subject of hot debate. The winning theory, according to Smithsonian magazine, is that walking on two legs allowed early humans to cover a lot of ground while carrying important stuff (e.g., food, sticks, and so on).

I don’t pretend to know what those early humans were up to that made them abandon gorilla-style locomotion in favor of walking upright, but I wonder if, once they started doing it they found themselves thinking, “You know what, this bipedalism thing is pretty alright!”

I wonder because, after so many millennia, I feel the same way. I don’t feel like this all the time mind you, but I would be remiss if I didn’t acknowledge that, every once in a while, I find myself taking great pleasure in the feeling of my shoe-clad foot making contact with the ground and propelling me forward through space. It is a liberating experience and, in the words of Rousseau, “the only one of the day when I am completely myself and my own master, with nothing to distract or hinder me, the only one when I can truly say that I am what nature meant me to be.”

Okay, I fudged that a little. This quote from Rousseau’s unfinished work, Reveries of the Solitary Walker (which has surprisingly little to say about the experience of walking) actually refers to “the hours of solitude and meditation” that he reaps from his walks, not the act of walking itself. Nevertheless, I feel it applies, as my walks are among the few times of the day when I feel “completely myself and my own master.”

This, in turn, has me wondering: Is there such a thing as a “walker’s high,” a state of euphoria occurring during or immediately after an intense or lengthy walk? I did a quick Google search to find out, but the results were disappointing. Among them were links to sites on which others asked if there was such a thing, links to sites selling walkers for older folks, links to numerous Walker High Schools around the country, and a link to a study titled, “The Fire-Walker's High: Affect and Physiological Responses in an Extreme Collective Ritual.” (I might have to go back and check that last one out.)

I don’t need Google to tell me if something exists, of course. I have intense memories of the great joy and wondrous sense of being alive that I felt on hikes in Ireland, Wyoming’s Grand Tetons, and the Appalachian Trail in Maryland, and One search engine’s lackluster results will never rob me of them. I also don’t need to experience a steady stream of euphoric moments to enjoy random walks through snooty suburbs like the one I'm walking through tonight.

The dark overcast skies and flashes of distant lightning, the eager-to-run dogs, the wary ladies in reflective vests, the feeling of my leg muscles propelling me through the world, and the acknowledgement that I was alive at that very moment time to take it all in was enough. For I knew in my heart, as Rousseau did in his when he was working on Reveries, that it wasn’t going to stay that way.

* Eden Glen is a made up name. Place names have been changed to protect the innocent. 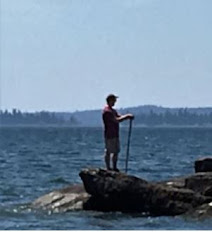 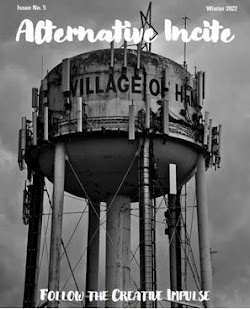